blogging gobbledygook and such

Things You Must Absolutely NOT Do In Public 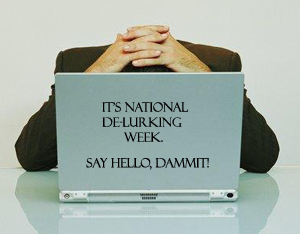 It’s National De-lurking Week! Come out my blog lurkers and say hi to me! I won’t bite. But if you’ve been reading regularly you’d know that right? 😉

I was in the car a few days ago when we stopped at the traffic light. To my horror and disgust, the driver of the car next to us was digging his nose repeatedly while waiting for the light to change!!!!!

(Just for imagery purposes, the driver was a guy my age, with short spiky hair, and he was going at it for at least a couple of minutes. That’s 120 seconds. Try breathing underwater that long. That’s how long it was.)

Isn’t it like common knowledge, common sense, basic courtesy to know that digging nose shit is freaking hell NO-NO in public?!?! So what if you’re doing it in the comfort of your filthy car?? Okay, it’s not even filthy because I remembered him flicking his nose shit out of the car window.

Okay, my disgust fully expressed, let’s get on with the point of this post. The point is there are obviously people who are not born with common sense as to what’s decent to do in public and what’s not. On one hand, you’re baffled because this is common sense – if you don’t see people doing it in public, then you shouldn’t either generally. (Maybe his parents were serial nose pickers, I don’t know.)

So, let’s compile a list of what you CANNOT do in public.

1. Picking your nose
2. Farting out loud
3. Chewing with your mouth open
4. Scratching at your crotch
5. Digging into your ear
6. Spitting
7. Picking at your teeth (cjwriter)
8. Tonsil tennis, ie making out (cjwriter)
9. Adjusting your undies (lovelyloey)
10. Help me fill it out

Okay, now that we’re done with the do-not list, I want to ask about some things that I do in public that I’m not sure if is appropriate or not.

1. Comb my hair (I have the impression that some women do this only in the bathroom?)
2. Tie up my drawstring pants or ribbon belt (everything’s zipped up already, for sure!)
3. Clip my fingernails (Hangnails are mighty irritating, you know!)

Don’t ever, ever be a fucking kiasu

Comments on: "Things You Must Absolutely NOT Do In Public" (23)